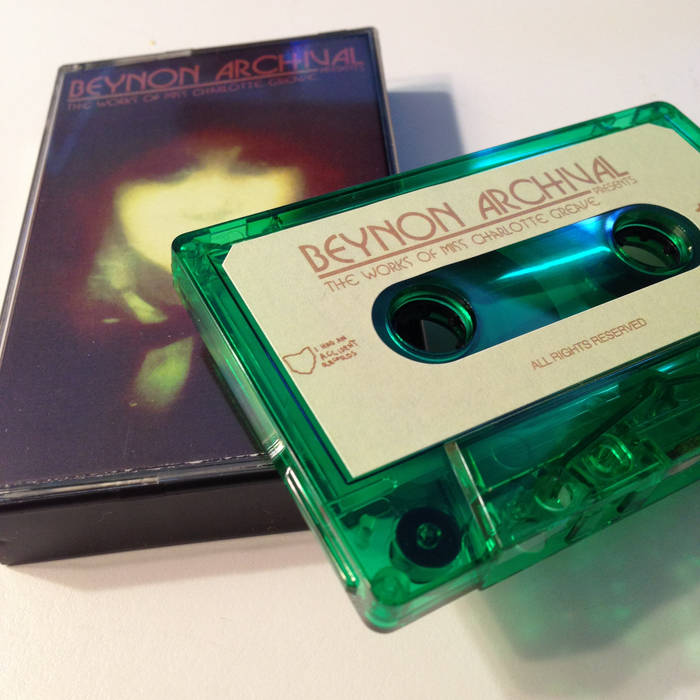 The picture that makes up the front cover of this release is the only surviving image the Beynon School has of one of its most prolific students, Charlotte Greave. This image is a self portrait rendered in soft pastels that create a stark image that may go some way in adding a illustrative element to her exploration of sound that are to be heard on this cassette.
The amount of work Miss Greave recorded during her four years at the Beynon School is still unknown due to the fact that more is still being found and digitised by the archive. If anything is to be ascertained from the amount of work created it is that Charlotte used her exploration of sound and the Beynon School of Audio Architecture as her main creative outlet.
Charlotte was known to live with her father after her mother left the family unit when Charlotte was very young. Her father was a local pharmacist in the small town of Totnes in Devon. There relationship was reported to be fractuous at times but generally loving with Charlotte taking on a whole host of domestic duties; very much the organised matriarch.
When Charlotte's time at the Beynon School was complete at the age of 18 she was awarded a place at Oxford University, at the OCCAM (the Oxford Centre for Collaborative Applied Mathematics) Institute. She studied diligently until 1983 when she completed her studies and moved to Cheltenham, Gloucester. It is understood that she took on some governmental work, most probably at Cheltenham's GCHQ unit. Charlottes talent for deep mathematical theory obviously impressed enough for her to be of interest to governmentally.
It is two years after her tenure at Cheltenham that our lines of enquiry run cold. Little is known about Charlottes whereabouts past 1985. It is known that during the years of 1983 to 1985 she travelled on many occasions to both the Middle East and India, both for work and pleasure. However in 1985 after a government trip to Qatar where she acted as aide and someday confidant to the then head of GCHQ Mr. Peter Maychurch, Charlotte was reported missing after not attending a briefing in the early hours of 25th August. Charlotte was also rumoured to have had some dealing with British spy and convicted pedophile Geoffrey Prime, who in 1983 was uncovered as a KGB mole within GCHQ. It has been uttered in close circles that Charlotte may have sought asylum in a Middle Eastern state close to the Afghan border after significant threats were made on her life from Russia.