Children Of The Law Of One 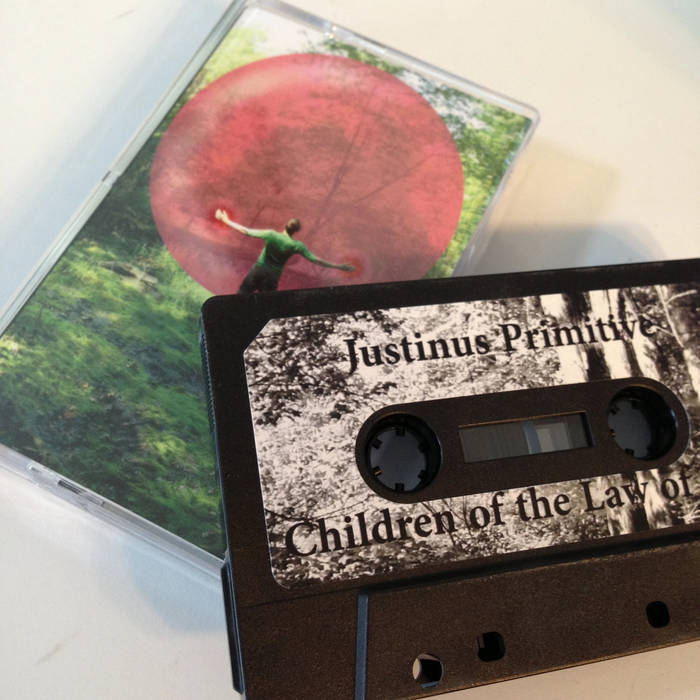 Nomadic drone hip hop artist and mantra vocal entrapaneur Justinus Primitive produces his most prolific album "Children of the Law of One". Backpacker style Justinus has experienced the world and connected with the souls of the youth and has channeled it through the stories and mantra beats. Taking a modern approach to the Bob Dylan ideology - a traveler, a poet, a hip hop artist and mystic spiritual seeker. The journey to knowledge. Limited to 100 black cassettes on chrome tape.

Children of the Law of One was written, assembled, and recorded over the course of two and a half years, 2009-2011, in Chicago by Justin K Prim.

The Barbelith/Forest photo was taken by Andy Milford
and edited by Justin K Prim.

Guest Musicians:
Erick Sherman - Drums on "Law of One" and "In Dreams"
Richard Knapp - Bass on "In Dreams"
Lindsay Lee - “Estra” on "Welcome the World Changer "

Samples were stolen from the following:
"I Don't Care About Anything" by Eric Alexander was used on "Do You Remember?"

"Joanne Creasy" by Castle Oldchair was used on "Matrix Baller"

"Noise, Idaho" by Chad Serhal was used on "Lightworkers Manifesto"

Lyrics from "The Gospel of Water" by Everything, Now! were used on "Song of the Creator"

Thanks to Rob Roy at Electronaut for the preamp.
Thanks to Justin at I Had an Accident for the opportunity.
Thanks to Karl Hofstetter & Tyler Watkins for the trades.

This album is encoded with a spiritual healing system called Magical Awakening. As you listen to the record, intend to receive the healing and you will. For more information, visit: www.magicalawakening.org