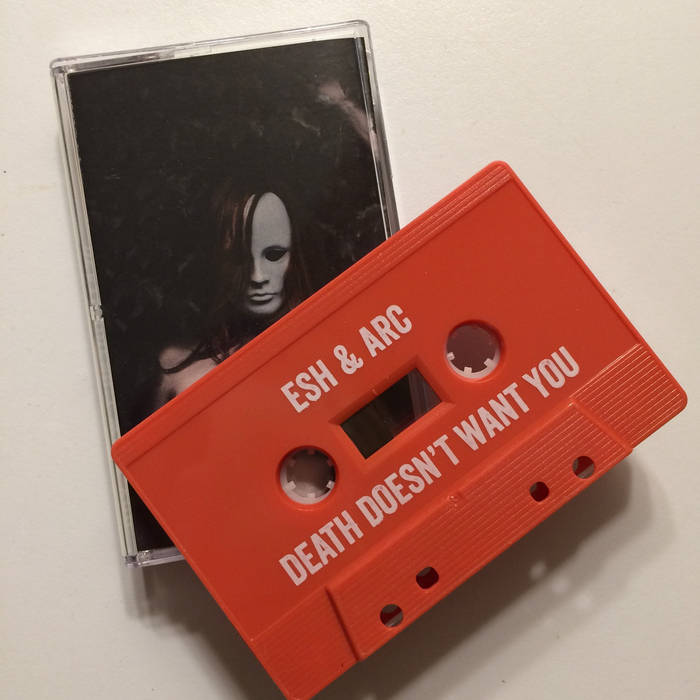 bee harris This album has been this first piece of hip hop I've thoroughly enjoyed for too long. Had to pick up the cassette combo.
keep the beats crazy and flow dirty my dudes.

Mansoor Syed It's like dubsteppy trap. I thought it was more than decent at first, but it grew on me even more and now I just adore this album. One of my favorites. Favorite track: Keep Diggin' (ft. Slaine & Reks).

Boston-based rapper-and-producer duo Esh & Arc are pleased to announce the release of their debut LP, "Death Doesn't Want You,"

An album about courting death through self-destructive behavior, "Death Doesn't Want You" approaches the party lifestyle from several angles, with songs celebrating debauchery giving way to ones addressing the emotional toll of hard living. Esh the Monolith, the vocal piece of the two-headed werewolf, wrote much of the project during a self-described unstable period. That phase birthed the concept of the record: if his lifestyle couldn't kill him, it was clear that death didn't want him.

Friends since a chance meeting on their first day of college, the duo first officially paired up for 2013's "Nightworks" EP. Each brings a rich musical background to the collaboration: Esh's previous work earned him a spot on XXL's 15 Boston Rappers You Should Know, while The Arcitype has gained notoriety both as a producer for various rap heavyweights including Vinnie Paz and La Coka Nostra, and as co-owner of the Cambridge-based recording studio, The Bridge Sound and Stage.