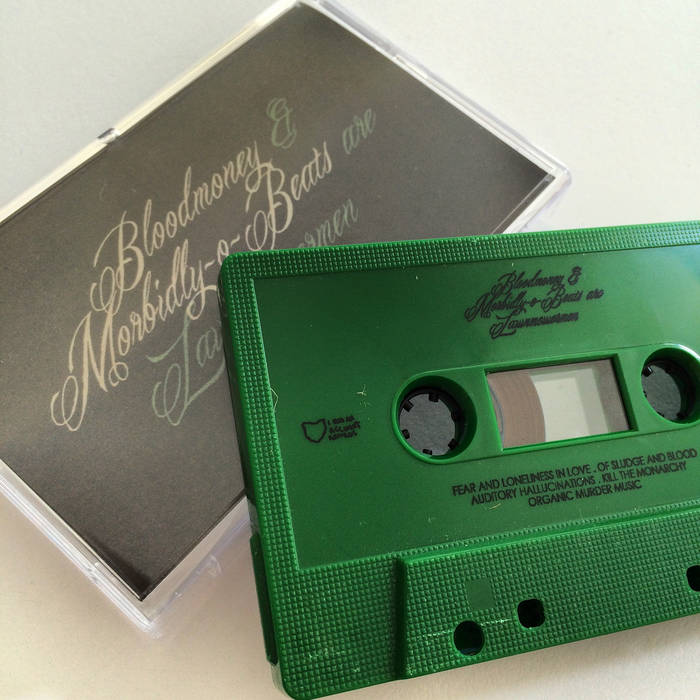 Augustine Kofie Another I had An Accident jem in my collection. Usually pull this tape out when i'm in a 'DefJux era, independent as fuck' mood. Favorite track: Shifting Face (feat Curly Castro, Zilla Rocca, Uncommon Nasa, V8).

Bloodmoney and Morbidly-O-Beats collaborate again with an instrumental follow up to "The Art Of Self-Destruction". The two artist introduce the moniker "Lawnmowermen" - a nice nod to the passing summer days filled with the buzz of the blades clipping the grass. Remember the hot sun beating down on you as you wipe the sweat from your brow. The beats on this album have a similar effect, droning in their experimental slashing. The album features an all-star cast of emcees to round out the album on tracks 9 and 10. Limited to 100 cassettes from I had An Accident and a limited amount of hand-crafted CDs from Hello.L.A.